A mountain bike is considered as being a bicycle that is designed specifically for mountain biking, either on dirt trails or on other unpaved environments. Mountain bikes are different from regular bikes in a number of ways. For one they have wide and knobby tires for extra traction and shock absorption.

Mountain bike disk brakes also work much better under adverse conditions, because they are located at the center of the wheel, unlike rim brakes, and therefore they remain drier and cleaner than other rims. Disc brakes usually require less force to apply and are not  affected by rim/wheel condition.

Although there are many advantages to mountain bike disk brakes, there are some disadvantages as well, such as the fact that they weigh more and are often more expensive as well. Maintenance on these particular brakes also tends to be more difficult and costly, and this is particularly so with hydraulic disk brakes, which work by moving brake fluid through a hose or line to squeeze the pads together.

There are two main classification of disk brakes, both with their own specific sets of perks.

Mechanical brakes are currently the more popular type of disk brake for the average mountain biker. Mechanical disk brakes operate on the same principle as normal cantilever and V-brakes. That is they use traditional cables and cable housing to actuate the brake.

The mechanical disk brake offers advantages over hydraulic disk brakes. One of the main advantage is that the cables are far easier to install, since everyone has used V-brakes at some point in their life with bikes.

You always need to make sure that your brakes are in as proper working condition as possible, and so this means that you may need to take your bike itself in to get a full inspection monthly, if not more. This will not only ensure that your brakes and the rest of the parts on your bike last as long as they possibly can, but more importantly that you can feel safe riding on  a bike that you know is safe and secure and which will be able to properly handle those rugged and steep hills. It seems like Disk Brakes for Mountain Bikes are the up and coming items for mountain bikes.

This site uses Akismet to reduce spam. Learn how your comment data is processed. 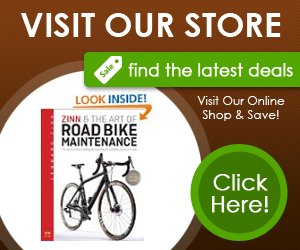 Zinn and the Art of The Road bike

Zinn and the Art of The Mountain Bike